Microsoft Dynamics Licensing has been in flux for several years. From Business Ready, to Business Value licensing, Concurrent and Named users, Module based, to role based and back again. It’s been a wild ride for the past 10 years. As it stands today, in early September 2019, the license model allows you to buy a subscription per user per app. You can also conveniently bundle apps in “plans” like this: 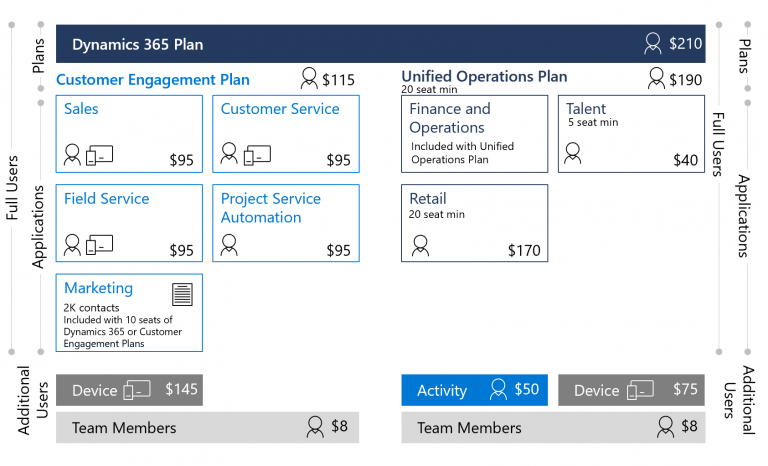 Most of those reading this post are familiar with this model now. It took a while to get here, and there’s more detail behind each of these apps and plans, but for the most part it’s been working. My impression, though, is that Microsoft didn’t intend to sell so many “plans” and wants to see a more modular approach to D365. As they invest in expanding the Dynamics 365 branded apps, it only stands to reason that this license structure needs a refresh.

DYNAMICS IS MOVING FROM PLANS TO A LA CARTE MODEL

Effective October 1, 2019, buying individual apps will be very similar to how it’s done today. However, if you need more than one app, you’ll effectively build your own plan by “attaching” other apps to your main (or “base”) app. Think of it like this: 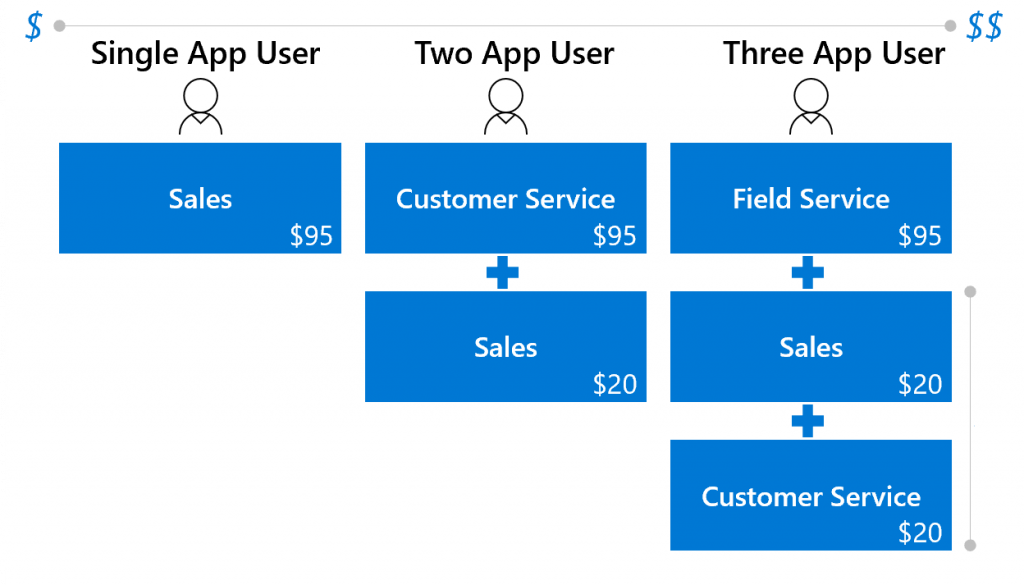 These changes may seem simple, but in reality they will drastically complicate your Dynamics 365 licensing calculations. Imagine for each of your users you’ll have to step through which combination of apps they need, and also for some apps, at which level they should be purchased. Your potential combinations could grow exponentially.

To help our customers plan for the future, we’ve tried to walk through this process using real licensing requirements. The matrix of licensing combinations we’ve had to build is borderline unmanageable for customers using several apps. When before most users where either a single app users, or one of 2 types of plans, we now could have any combination of the apps below.

Aside from the new pricing model, you’ll notice that Finance and Operations has split into 2 individual applications: Finance and Supply Chain Management. I’d take this cue to mean other apps might divide further, and new apps will join the Unified Operations family. Currently, the functionality breaks down (roughly) like this, though so much more detail is needed. 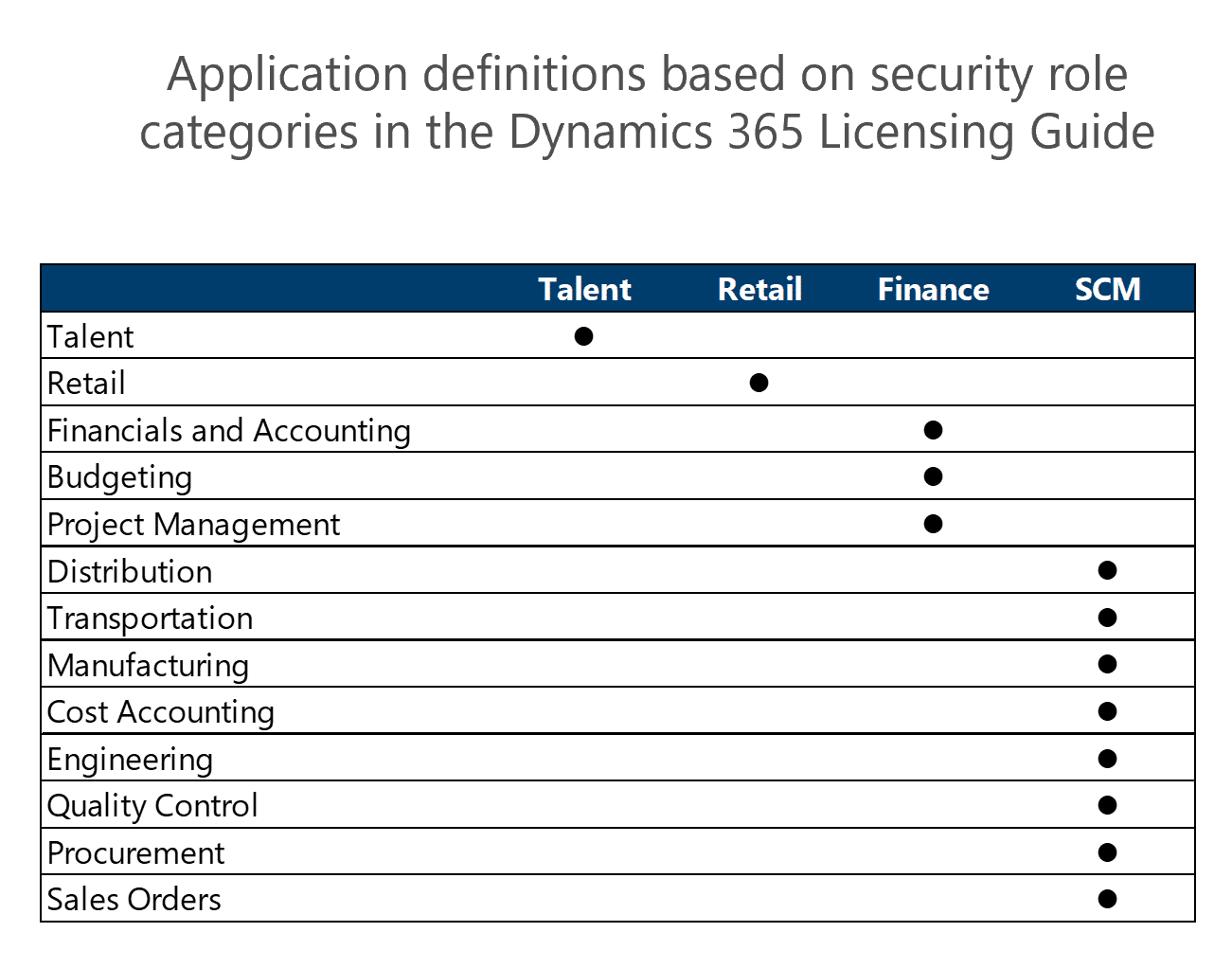 Microsoft does claim that in some scenarios this will drive the conversation to value of the solution and not focus on bundling and price discounting. I agree that this is where the focus should be. But they are also quick to projected scenarios where this new model could save some customers a bit of coin.

I think it’s still early to make this call. Most of our customers don’t have 200 team members for every 20 MSDyn365FO users. Actually, we find it to be the opposite, and we’re licensing more full users and only a few team members. I’m ready to have this conversation with others who have had different experiences, but that’s what our data shows…

If you’re doing the math for your own licensing, and you’ve got some sticker shock, don’t fret. Microsoft is offering price protection in some cases for customers who are moving from the plan model to this attach/base model. We’re told that Microsoft has the authority to extend discounts to customers (through their partner) to keep prices stable. You’ll still have to move to this new model, but you’ll get a slight discount so you don’t feel the price pinch just yet.

Additionally, I’m hearing that the transitional discount offered to customers who went to D365 from an on-prem solution while keeping an active support agreement in place could be extended beyond 2019. Originally (and famously) it was announced customers would get 3 years of discount starting in Nov 2016 and expiring at the end of October this year. Some communication is coming out now that this discount may last another year for some customers in some cases. If you have questions about this, feel free to contact us directly so we can work with you on keeping this huge discount. 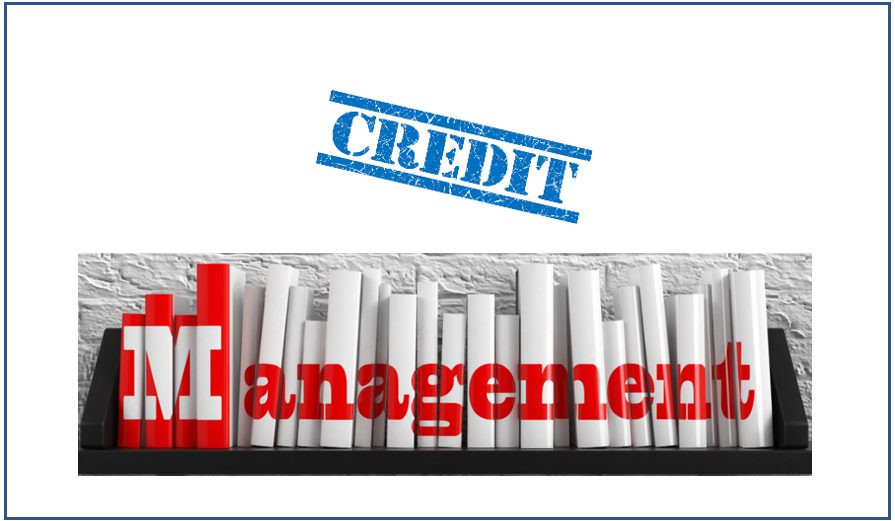 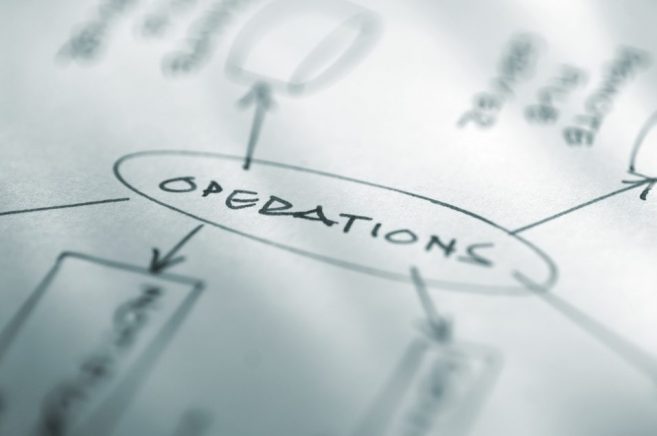